Docuteam packer is a client application to create and edit digital deliveries to the archive. In the archive(s) itself, packer is used to check and adapt information packages. Packer is a java application which runs under Windows, OS X and Linux.

Docuteam packer requires a java version 1.7 or higher on your computer. If java is not installed on your computer and you do not have the license to install it, contact your IT department.

To use docuteam packer there is no installation needed, you merely need to unpack the zip-file. Docuteam packer can also be unpacked and used on a flash drive..

Windows-users: use a zip program that can manage long pathnames. The incorporated zip-tool in some Windows versions cannot unpack zip-files with pathnames that exceed the allowed 255 characters. A possibility would be to use the open source software7-Zip.

Docuteam packer works «out of the box» but can also be easily configurated.

Docuteam packer does not need to be installed. It opens by double-clicking the application in the folder. We test docuteam packer under Windows, Mac OS X and Linux.

AIP is an abbreviation for the archival information package described in the OAIS ReferenzmodellThis package contains the relevant metadata for archiving. It can, but does not necessarily have to be identical to the SIP.

DIP is an abbreviation for a dissemination information package. It is also described in OAIS Referenzmodell.

A package is what we call a delivery package or SIP (submission information package). A package is a zip-file which contains the structured data ready for delivery to the archives as well as a mets.xml file. The Mets-file contains the necessary metadata for archiving.

The directory containing the current SIPs is referred to as the workspace. The workspace is defined in the configuration file docuteamPacker.properties, of the distribution(?). By default, a newly created or changed packaged will be stored in this directory.

After launching docuteam packer we reach the Launcher- windows (see figure). The header shows us the path of the Workspace. so that we always know where the workspace is located in the file system.

The launcher consists of following working areas (see figure below):

The menu bar is located immediately below the header (see red area in figure). The menus are organised as follows:: 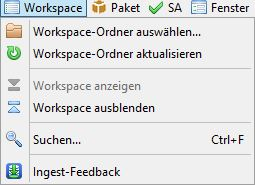 The toolbar (see blue area in figure)) contains shortcuts to the most frequently used menu options. The meaning of each button is described in the next chapter.

To display the view, select the menu Workspace and choose the option show workspace – to hide it, choose, hide workspace.

You can search the SIPs displayed in the view using character strings.

Following figure shows the result of a search using the search term imag. Every SIP which contains the given search term is listed below the entry fields – this means that metadata, filename, level, MIME-Type, format and format-ID of every SIP is searched. However, files within a SIP are not included in this search. 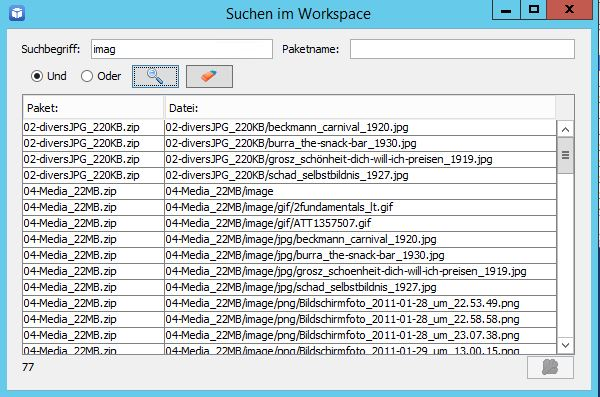 To create a new package select the menu «package» and choose the option “New…” or select the button marked in the figure above. Following window will be opened:

Create a new package from template

\\Docuteam packer facilitates your work by allowing you to create templates. Templates are packages which already include a basic structure and simply need to be filled with the necessary data. Before you can use a template, however, you first need to create it. You can read about this process here. 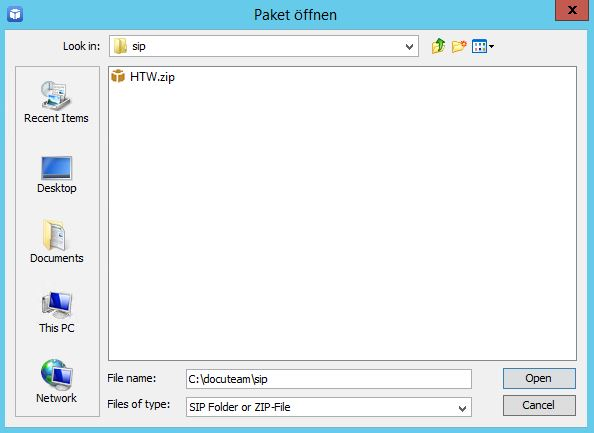 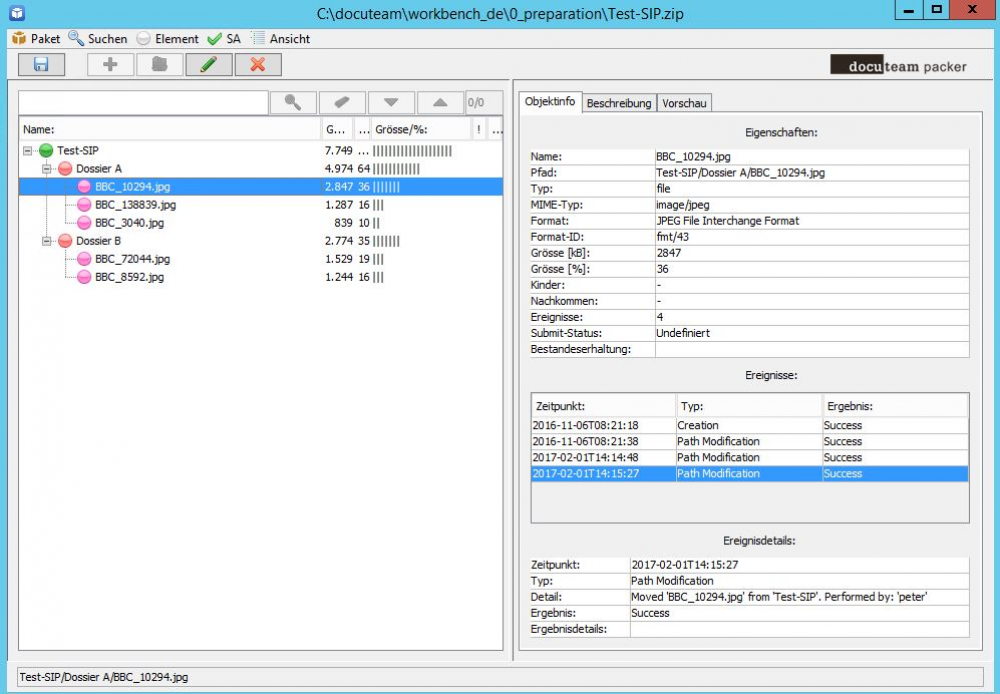 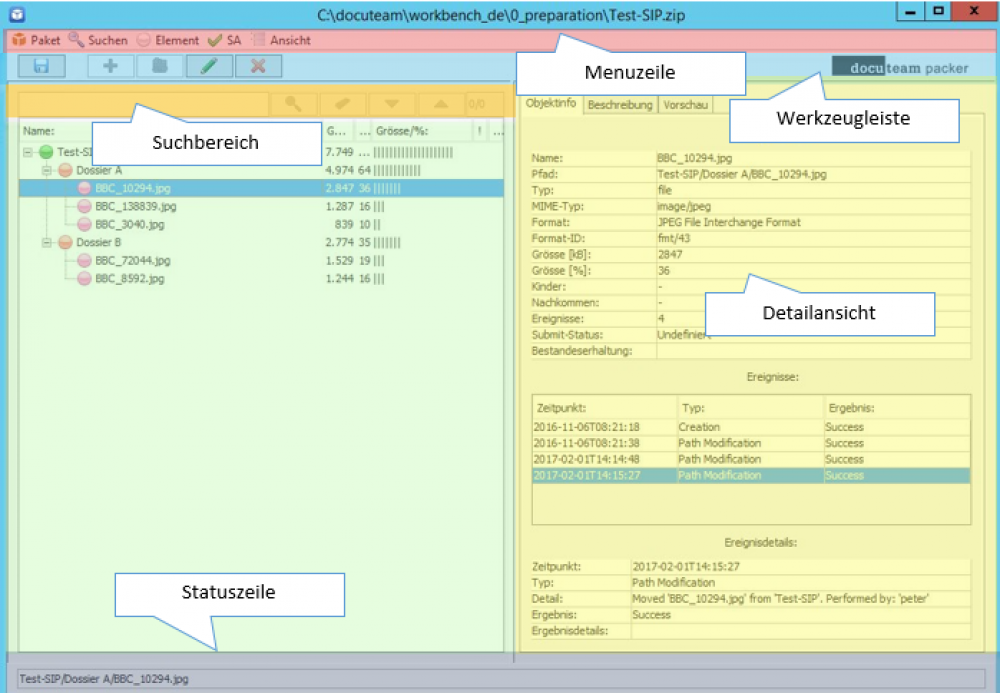 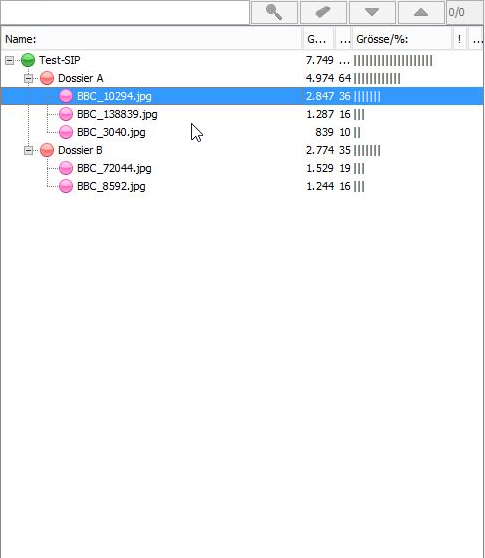